The Player Piano—XBox to a by-gone generation?

I know, I know— It's not true. Certainly, it's the Atari 2600 thats the XBox to a by-gone generation, but I have my reasons. I just got a shout from cousin Karen, and it brought back a flood of memories of family trips to Evansville, to see the Evans. I never thought that was funny when I was a kid, but now, I love it. The Evans' from Evansville. Some of my fondest memories are of unsupervised play-time (I don't know if 'supervised playtime' ever even figured into the picture) in the basement, which had that total 'we've finished out our basement into a bar slash TV area slash let's-put-the-exercise-bike-there-too area,' look. And did I mention Air Hockey? Yes, yes… and it was one of those heavier tables, wasn't it? Not the dinky ones. 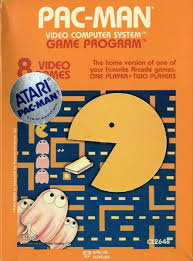 But off in the corner was my delight: the Player Piano. It was magic, and to me, as captivating as Pac-Man (though maybe not Defender). Well, for short periods anyway. I mean— I guess you can only pump out Sister Golden Hair so many times before your eight-year-old legs are worn out. Sitting on top was a boxful of rolls for the Piano, and we made our way through them on every visit, basicaly looking for songs we'd heard on the radio. I think Bad, Bad Leroy Brown was in there, but mostly I remember the America song.

The thing about Sister Golden Hair was this: The lyrics said "damn." Which was a cuss word. and we weren't allowed to say such words. Even, "damn" was definitely on the no-no list. But part of the magic of the player piano was that, not only did it miraculously play assorted songs, right before our eyes (and pumping legs) but that it gave us permission to curse, if only within this very narrow parameter. Also S.G.H. featured the line "I got myself undressed" which tweaked some shadowy pre-adolescent titillation, although now, I see that it was more of a clinical depression kind of thing.

Usually we would play the piano as a group. Me and Christo, and cousins Karen and Becky would combine our resources to operate the big musty barroom upright, with at least one of us leaning on each of the bellows pedals, sometimes using hands instead of feet, just to add to the fun.

And speaking of musty— That smell… no weblog can convey that Wood of the Ages smell that would invisibly roll out when you played it, the way Cold billows out of an open refrigerator. I guess that 's what happens when you push modern air though the time machine of a decades-old bellows. It comes out old.

We would gather around this huge thing, this lumbering machine of wood, and we would bring it to life, because we could. The wonder of this to the eight-year-old mind… it was like raising the dead or levitating an object or some other fantastical achievement that normally could only live in my imagination. It was a thrill, however brief, that returned every time we visited Evansville.
Posted by Mick Jeffries at 7:31 AM

Anyone got any C. Nancarrow piano rolls for sale?